This Guest Post is by Ken P.  I asked Ken to outline how he uses SageMCTuner to help others interested in trying it for their SageTV HTPC

The HTPC, although cool, has been lacking in one key area: the ability to consume all of your paid-for-TV content.  Sure, there have been over-the-air, and analog cable capable tuners available for years, but those solutions do not give you all paid-for content.  Those of us willing to go further have the option to get some digital cable content via clear QAM tuners like the HDHomeRun, but it is hit or miss.  With the release of the Ceton InfiniTV 4 CableCard tuner for the PC, things are starting to improve (I don’t consider that expensive, specific PC required ATI CableCard tuner debacle as a significant solution). 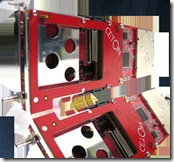 Although Windows 7 Media Center (MCE) is a compelling option, many of us wanted more flexibility, features, and extensibility in our HTPC.  SageTV is one of several options, and is the one that I chose because they sell hardware extenders that work with the software.  Unfortunately, the Ceton products only work with MCE…at least officially.  This is where the HTPC guru Andy Van Til comes in and saves the day!  You may know Andy as the genius behind DVRMSToolBox.  Andy has developed an ingenious way to leverage MCE’s TV recording engine as “tuners” for SageTV.  This bit of magic is called SageMCTuner.


SageMCTuner allows users of SageTV to record shows and watch live TV from any tuner compatible with MCE.  Add the Ceton tuner card into the mix, and almost anything MCE can tune, you can tune in SageTV.  There is one big gotcha:  any digital cable content marked as “Copy Once” or “Copy Never” cannot be viewed in SageTV.  For me (Comcast), only paid channels like HBO are not viewable in SageTV.  You are at the mercy of your cable company.


To get SageMCTuner up and running, the first step is to get the CableCard tuner installed and working in MCE.  This will most likely require a visit from your cable company to install and activate the CableCard.  Tip:  When you call, tell them you are installing the card in a TiVo; telling them it is a PC may confuse them severely. (I told them it was a PC, and the rep wanted to transfer me to Internet Support!)  Once MCE is working and tuning channels successfully, now it is time to set up SageMCTuner and SageTV.  Mythikal, a member of SageTV’s forum community, posted a very nice step by step outlined in this SageTV Forum Post.

Peruse this whole thread for great information on SageMCTuner. Issues:
This setup has been running for me for a few months now.  There are a couple of minor issues.  Tuning a channel takes 10-20 seconds.  If you are a channel surfer, the slow tuning may not work for you.  Also, the slow tuning may result in missing a few seconds of the show when recording.  I just set a 1 minute padding before to cover this.
A couple of times a recording did not have any sound.  Andy recommended a registry change:


Try adding 5 to the value of HKLM\SOFTWARE\babgvant\SageMCTuner, Handicap


I had one more recording with no sound after making this change, so I bumped it up 5 more (15) and have not had the problem again.
There is a LOT of disk activity required in order to record more than a couple shows.  This is because MCE records the show, and SageMCTuner extracts the MPG and writes it to the SageTV recording directory (layman’s terms).  Recording 4 shows will result in 12! At least that is what my math says:  4 MCE recordings, SageMCTuner reading those 4 and writing those 4 to the SageTV recording folder.  I have separate drives for MCE recordings and SageTV recordings.  Some have gone as far as setting up a RAID0 setup for the MCE recordings.  So far, my rig has been able to handle 4 simultaneous recordings with Western Digital Black SATA drives.  I will admit that it is rare that I am recording 4 things at once, but it worked when I tested it.
Part of the process is that once the recording is done, the SageMCTuner service is supposed to delete the MCE recordings.  Sometimes they don’t get deleted.  I have set up some scripting to stop the service and delete the files.


All things considered, SageMCTuner is a dream come true.  SageTV enthusiasts have the ability to watch Digital cable within SageTV.  If you are running SageTV on Windows 7 Home Premium or better, AND have digital cable AND they are not DRM’ing your channels,  AND your rig can handle it, AND want to pay for the Ceton InfiniTV 4, happiness is within your reach!  My answer to all these questions is YES!, and I couldn’t be happier.

Note:  This article was written before SageDCT was made available by Andy Van Til.  SageDCT, the successor of SageMCTuner removes MediaCenter from the equation entirely so you are only dealing with SageTV and CableCard meaning faster channel changes.  The author of this post continues to use SageMCTuner though because it has better compatibility with commercial skipping solutions like ShowAnalyzer.  More on SageDCT later.

NOTE:  This is a guest post by kenp.  Thanks to Ken for taking to time to write this article – and my apologies for taking so darn long to get it published!  To read more about how to submit your photos and/or write-ups for the GeekTonic Media Gadget Showcase Series, read this.  Basic guidelines for writing and submitting a guest post at GeekTonic can be found here.

The battle lines between the Consumer Electronics Association and the National Cable & Telecommunications Association (NCTA) are being drawn over AllVid.  AllVid is the expected replacement for CableCard being discussed by the FCC and a group of seven companies from the electronics industry has now formed the “AllVid Tech Company Alliance.”

The AllVid Tech Company Alliance was formed to provide a unified voice for the consumer electronic companies to ensure the NCTA doesn’t try to cripple AllVid to the point they did with CableCard.  The alliance has seven founding members including Google, Sony Electronics, TiVo, Best Buy, Mitsubishi Digital Electronics, Nagravision and SageTV.  The alliance supports the “gateway” approach to providing TV & video service across the network.

Why is this important to Home Theater PC users?  Well if you want to connect a Home Theater PC to time shift your TV content, your options are limited if your Cable or Satellite company encrypts their content like nearly all do in the U.S. today.  In this case you’ll need either a CableCard tuner or a Hauppauge HD-PVR with your set top box.  Unfortunately CableCard these days is a solution only for TiVo and Microsoft Windows 7 MediaCenter users.  The NCTA is trying to argue that online streaming products like the GoogleTV and others that provide Netflix

One of the NCTA’s arguments is that products like Apple TV and Google TV along with Netflix & other streaming services on those devices mean AllVid isn’t needed for consumers.  They would rather just let CableCard die out without a replacement and in the end consumers would have the “option” of a cable box or a streaming box.

There is no guarantee AllVid will make it through the red tape and lobbying mess of the FCC, but quite a bit of progress has been made already.  And make no mistake about it – the stakes are huge for any consumer electronics company that wants to provide their own SageTV HTPC, TiVo, GoogleTV etc for the future.  The Cable industry wants to control how the content can be viewed and protected – and they want to be sure it’s on their own devices.  The CE industry wants to provide you, the consumer options – and of course make money providing those options to you.

It’s notable that the founding members include heavy-weight companies like Google and Sony but also a small company like SageTV is included.  What surprises me the most are two companies in particular missing from the mix:  Microsoft and Apple.  If either of them plan to work outside of the NCTA’s grip, one would think they would have already begun voicing their opinions with the FCC by now.

I listened in during the last public FCC meeting on this topic and I’ll be watching the FCC to see what happens next. The 22nd Season of Survivor begins Wednesday.  Above is a photo of the cast minus Rob & Russell

Survivor: Redemption Island (8pm on CBS – HD) Season 22 premiere of Survivor begins in Nicaragua with a twist – and I’m not talking about the return of Russell Hantz and Rob Mariano.  After you get voted off, get a chance to outwit, outplay and/or outlast the next exile one-on-one for a shot at returning to the game.

The Battle for Marjah (9pm on HBO – HD) New documentary on HBO where Journalist Ben Anderson follows U.S. Marines as they attempt to push the Taliban out of a strategically important region of Afghanistan