And if you need a non-cablecard device Newegg also has a good deal on the Hauppauge HD-PVR for $159.99 after a $40 instant discount w/ FREE shipping.

We continue our journey through one of the biggest gift-buying times around the world with the “Buy This” series.  A countless number of “bad” gifts will be purchased and gifted only to be tossed aside to join the museum of bad gifts.  Unfortunately well-meaning tech-centric gifts often end this way.  I’m here to change all of that with yet another useful gadget gift idea, a touch-screen, wi-fi Digital Photo Frame. 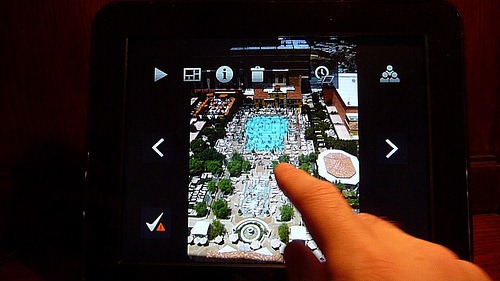 A little over a year ago I began a search for an inexpensive, but easy-to-use internet-connected digital photo frame.  What I found out is there is really only one product that fits that bill – the Kodak Pulse Digital Photo Frame.

I purchased the 10” version of this digital photo frame for my parents.  The frame is fairly easy to set up and use and allows you to send photos over a wi-fi internet connection through a web interface on your computer or via e-mail.  It also as a touch-screen user interface that allows you to manually run through the photos, change the viewing settings (collage, single photo, speed that it switches through the photos etc) and delete photos.  You can of course add photos with the card reader as well.  Check out the complete review of the Kodak Pulse Digital Photo Frame I posted last year. 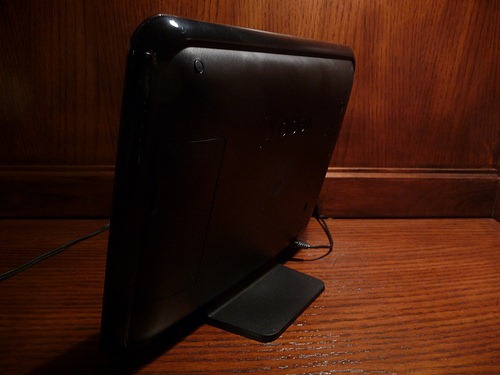 Both are great gift ideas for family and friends (or yourself).  And if you’re buying for a less-technically savvy person you can help them set it all up fairly easily without worrying about tech-support phone calls in the future.

Have you given up on the abandoned (thanks to Google’s purchase of SageTV) SageTV HTPC system?  Still have a SageTV Extender laying around waiting to be sold on EBay?  We'll here’s another use for it, convert it into a Squeezebox networked music player for free! 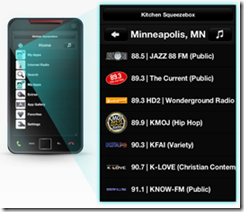 A SageTV enthusiast has created a download package to make the process fairly easy so you’ll be streaming music across your network to your SageTV HD200 or HD300 in no time.

Here’s his initial announcement from the SageTV Forums:

“All,
I'm very proud to announce that after weeks of painful research, coding, cross compiling and testing, I finally managed to "transform" (not in the physical sense of the term of course) an HD200 and an HD300 to a fully working headless squeezebox client connected to a squeeze server...
Why?
Well, the inspiration came after trying the excellent "SageTV Slimplayer" plugin. Despite the plugin did work very well, my requirements were a little bit different, for instance I didn't like the idea of switching my TV on to listen music, also the limitation of one extender at time was a big no-no for me. I currently have 5 extenders in my household and all of them are connected to a separate sound processor and in one instance the extender is hooked up to a Yamaha sound projector which in turns is connected to a video projector, so if I want to listen music in the lounge with the fireplace on, the last thing I want is to turn on the video projector as well. The ideal solution for me would be a Logitech Duet with one Squeeze Remote or some other software solution (Smartphone/iPad/Android), but that would mean buying five of them for a job that an extender is perfectly capable of (wireless connection included).”

We continue our journey through one of the biggest gift-buying times around the world with the “Buy This” series.  A countless number of “bad” gifts will be purchased and gifted only to be tossed aside to join the museum of bad gifts.  Unfortunately well-meaning tech-centric gifts often end this way.  I’m here to change all of that with yet another inexpensive, but useful gift idea, an e-ink e-book reader.

I remember when I thought e-book readers were a silly idea.  Then I tried a Kindle 2 (and then a Kindle 3 and now a Kindle touch) and realized these were great little devices – especially if you read books very often.  Here’s why:

So what to buy?  I personally prefer the Kindle over Barnes & Noble’s Nook although feature and review wise they are very, very close.  I just see Amazon surviving longer than B&N and once you’re in the Amazon (or B&N) ecosystem, it’s just easier and better to stick with that bookstore ecosystem.  I put Sony, Kobo & other e-readers well below the Kindle & Nook.

My current favorites are these two Kindles: 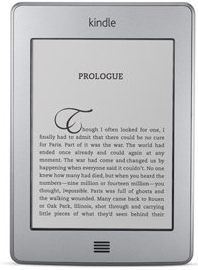 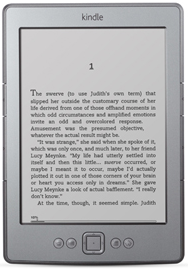 You’ll also do well with the Barnes & Noble Nook e-ink devices which of course you can check out at your local Barnes & Noble stores.  The Kindle’s can be found in many stores including Target, Best Buy and others.

The tablet – like Apple’s iPad, Amazon’s Kindle Fire and Barnes & Noble Nook Color are all good choices too, but they are definitely not e-ink devices and so expect them to be heavier, much less battery life and more difficult to read outside due to glare.  The tablets of course do have their advantages, but for book reading purposes the e-ink reader is supreme.

The month of Christmas specials and realityTV also-rans continues.  There are a few notables this week however so read on for the GeekTonic weekly TV update highlighting all the new premieres, finales and specials coming up this week.

Funniest Commercials of the Year: 2011 (10pm on TBS) Special