Christmas is near which means slim pickin’s for new TV.  There are still a few notables – mostly finales this week however so read on for the GeekTonic weekly TV update highlighting all the new premieres, finales and specials coming up this week. 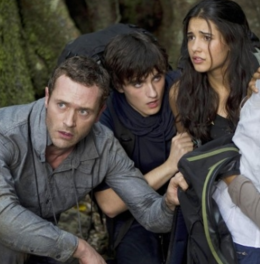 Biography (8pm on Biography) This episode focuses on Scarlett Johansson

The Amandas (8pm on Style) New home improvement series with Amanda LeBlanc and her team of professional organizers who transform homes.