We continue our journey through one of the biggest gift-buying times around the world with the “Buy This” series.  A countless number of “bad” gifts will be purchased and gifted only to be tossed aside to join the museum of bad gifts.  Unfortunately well-meaning tech-centric gifts often end this way.  I’m here to change all of that with yet another inexpensive, but useful gift idea, a waterproof video camera. 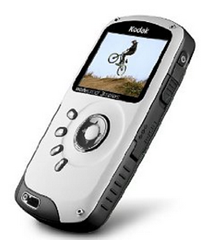 This little Kodak video camera is a great addition for simple, quick videos. It takes decent still photos and quality videos as well.  While it lacks a flash, it does handle SD memory cards for easy expansion and most importantly it's waterproof up to 10 feet!  I studied the reviews and watched some videos made with the camera before purchasing as a family gift a few years ago and now there are three of these cameras in my extended family.

Most people have a Smartphone that takes decent video, but for travel the waterproof capability makes this the perfect camera for your trip.  I’ve used this on multiple snorkeling trips as well as at the pool and it works great.  It’s also good even out of the water and nice to not have to worry about getting it wet in the rain or on amusement park rides.

Here’s a video taken with the Playsport Camera:

There are two models available. I own the older, less expensive model Kodak Zx3 Playsport Waterproof Video Camera which sells on Amazon for $89 (other color options sell for more).

There is also a newer version, the Kodak Zx5 Playsport Waterproof Video Camera which starts at $99 on Amazon.

I also have a couple of travel tips for you with these cameras:

1. Purchase a small, foam boat key float and attach it to the lanyard you use with your camera.  This way even if you happen to let the camera fall off your wrist when recording in the water, it won’t sink.

2. Bring along extra SD cards so you can record as much as you want on the trip. 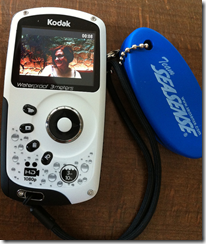 It’s obviously a serious gift-buying time around the world.  And a countless number of “bad” gifts will be purchased and gifted only to be tossed aside to join the museum of bad gifts.  Unfortunately well-meaning tech-centric gifts often end this way.  I’m here to change all of that with yet another accessory, the universal remote control. 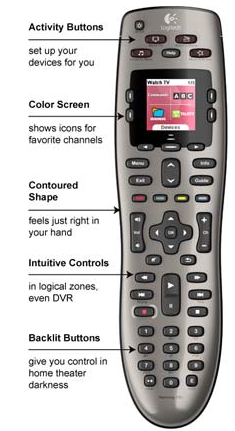 I’ve used countless universal remote controls over the past several years and this past year purchased one of the cheaper remotes that has proven to be my all-time favorite.  The Logitech Harmony 650 isn’t the top-of the line in the Harmony lineup.  Matter of fact I believe it’s being replaced by the Harmony 700 so I’m thinking of snatching up a couple more of these.

Advantages: not rechargeable (read on for why), back-lit buttons, simple & smart, easy to use, inexpensive

I’m a long time URC MX-500 fan who eventually moved over to the Logitech Harmony world as I learned that the Harmony system was easier for the non-techie guests in my home.  The problem was the Logitech Harmony 880 I was using was cheaply made (read: breaks easily) and the need to recharge in it’s docking station was less than ideal in real living room testing.  I preferred NOT needing to recharge the remote and being able to set the remote anywhere in the room – because this is where everyone except for me will leave it!

So this year I began searching for a good universal remote.  My search brought me to a surprisingly inexpensive Logitech Harmony 650.  Check it out – it’s a great gift for anyone with a 5-device or less setup.

Logitech Harmony 650 is available for $52 at Amazon.com

If you’re looking for more power (and more device control), check out the Logitech Harmony One

GoogleTV Will Be In Majority of TVs By Summer 2012?

Executive Chairman of Google, Eric Schmidt is a pretty positive guy.  Okay he’s possibly an unreasonably optimistic guy when it comes to GoogleTV.  Here’s what he said at LeWeb 2011 about GoogleTV:

“By the summer of 2012, the majority of the televisions you see in stores will have Google TV embedded in it,”

Don’t believe it?  Here’s Schmidt saying those words at the LeWeb Conference this week

He went on to say “Android will be bigger than iOS” and many other interesting predictions favorable to his company.  What do you think?

Because I’m a big fan of the e-ink Kindle readers I often get asked whether to buy the “with offers” version that Amazon introduced this past year or the $30 higher (additional cost of special offers varies depending on which Kindle you purchase) ad-free Kindle e-reader.  Here’s my take. 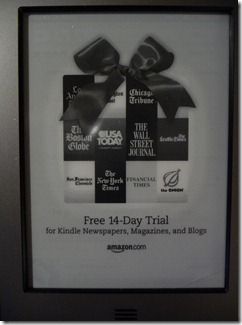 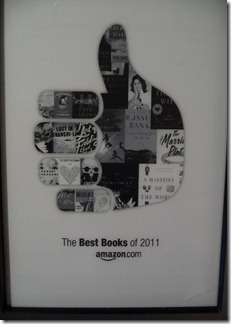 If you’re buying for yourself, ALWAYS purchase the “special offers” version with the ads.  Why?  Because even if you hate those ads, you can always pay the difference and remove those ads permanently.  This gives you the option to see if you can handle those extra ads or not as there is zero risk.  If you’re purchasing as a gift it just depends on whether your worried about being considered a “cheapskate” or not.

To give you a real feel for the “Special Offers version, here’s what the last several ads look like on the Kindle:

Here’s some additional examples of the types of ads that will display when the Kindle is “locked” – in screen-saver mode.  These change each time you soft-power off your Kindle: 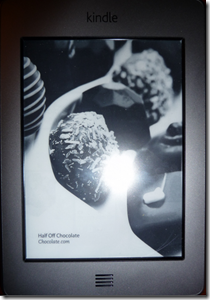 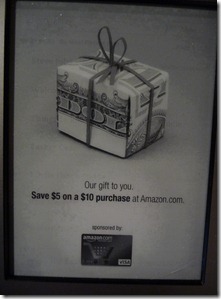 If you go straight to reading a book, you won’t see any additional ads while reading.  If you go to the home screen list of books on the Kindle though, you’ll see an ad at the bottom of the screen like this: 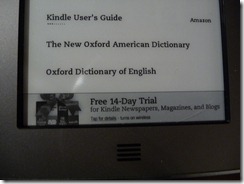 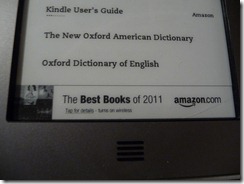 If you select one of those ads at the bottom of the main menu screen, it will open up a “more information” screen where you can request that offer to be e-mailed to you. 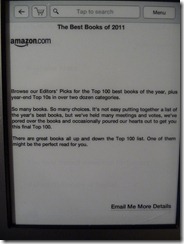 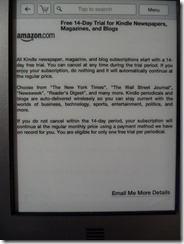 That’s it.  Nothing too invasive, but instead of getting the standard rotation of Kindle covers, you’ll get advertisements er… special offers instead.  I should note that those offers ARE occasionally nice ones, like the save $5 on $10 purchase offer you see in one of the ads above.

To remove the Special Offers via Amazon, go to “Manage Your Kindle’ on Amazon.com and sellect “edit special offers”.  You’ll then see a screen like this:

You can then pay up to unsubscribe from the ads.  In my case I’d have to pay $40 to remove the ads for my Kindle touch.  If you already have a Kindle and for some reason you actually WANT to try out the ads on your Kindle, you can go to this same page and turn the ads on.  Those of you in this situation won’t of course have to pay to do this or to turn the ads back off.

So far I’ve left the special offers on my Kindle Touch, although I might attempt a “hack” to remove them just to try it out.  More on that later.

December brings us colder weather and the worst TV premieres of the year.  The only true notables this week are the finales of Covert Affairs, Sons of Anarchy & Boardwalk Empire.  Read on for the GeekTonic weekly TV update highlighting all the new premieres, finales and specials coming up this week. 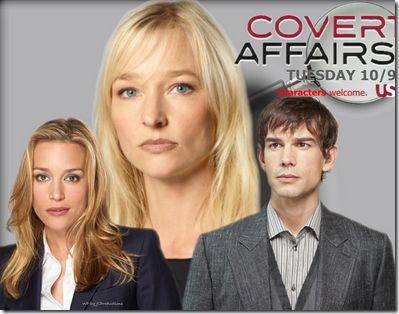 Pearl Harbor: 24 Hours After (8pm on History) A History Channel Special that gives us a view of the Pearl Harbor attack aftermath in the eyes of the President