Closing in on February, there’s a few notables on the Premiere list – in particular Fox’s new “Touch.” 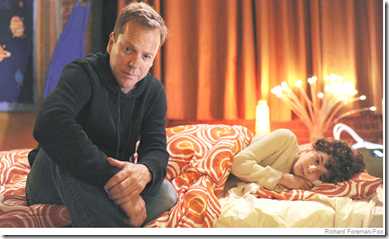 Kiefer Sutherland Stars in the new “Touch” series on Fox

How Do I Look? (10pm on Style) Season finale

Beyond Belief (10pm on OWN) New documentary series

The Challenge: Battle of the Exes (10pm on MTV) Season 22 premiere

Chuck (9pm on NBC) This is the end of the series for Chuck.  Chuck Versus the Goodbye

Namath (9pm on HBO) A special documentary on Joe Namath