Amazon – like Barnes & Noble removed it’s online bookstore link from it’s iOS apps with the latest app update.  This was to comply with Apple’s new rule banning linking to outside stores.  Also updated was access to over 100 Kindle newspapers and magazines directly through the Kindle app. 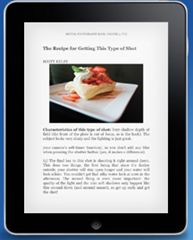 The complete announcement from the Kindle Team follows:

We wanted to let you know that we've updated our Kindle app for iPad, iPhone, and iPod touch. The big change is that you can now use the Kindle app to read over 100 Kindle newspapers and magazines including the Economist, as well as share favorite passages from your reading via Facebook and Twitter.

In order to comply with recent policy changes by Apple, we've also removed the "Kindle Store" link from within the app that opened Safari and took you to the Kindle Store. You can still shop as you always have - just open Safari and go to www.amazon.com/kindlestore. If you want, you can bookmark that URL. Your Kindle books will be delivered automatically to your iPad, iPhone or iPod touch, just as before.