August comes to an end.  The week leading up to the U.S. Labor Day holiday is loaded with mostly reality series finales and premieres.  After Labor day though things slowly begin to heat up on the TV schedules.

This past week the GeekTonic 2011 Fall TV Season premieres guide highlight all the new shows and provide a detailed listing of all TV premieres for the Fall and early-winter TV season.  For now read on for the GeekTonic weekly TV update highlighting all the new premieres, finales and specials coming up this week. 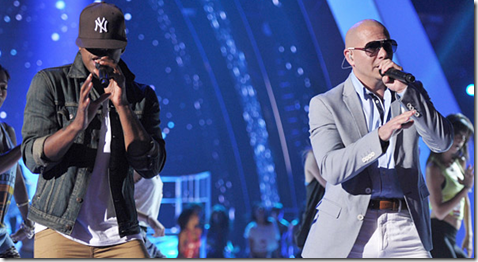 George W. Bush: The 9/11 Interview (7pm on National Geographic) A special documentary/interview with the 43rd U.S. president sharing his recollection of the 9/11 attacks moment-by-moment.

Quirky (10pm on Sundance) New technology/reality series that follows the www.Quirky.com team as they work on designing and fabricating a single product idea in each episode suggested by their online community.  I’ve purchased a few of the products created through this site and look forward to this one.

The High Low Project (8:30pm on HGTV) A new home improvement series where Sabrina Soto hosts and works to replaces high-budget items in a room with low-budget items that look expensive.

I Faked My Own Death (10pm on Discovery) A new biography/documentary series.  People who go “underground” & fake their own death

Dinosaur Revolution (9pm on Discovery) A new animal/history series.  The series mixes history and storytelling in this 4-hour mini-series.  They use CGI and pretty good storytelling to make this more than just a documentary.  If you have any interest in the history of dinosaurs, check this one out.  Read more about this one at the Kansas City Star

Take the Money and Run (9pm on ABC) Season 1 finale