October is here and we’re in the thick of the Fall TV season.  Be sure and check out the GeekTonic 2011 Fall TV Season premieres guide which highlights all the new shows and provides a detailed listing of all TV premieres for the Fall and early-winter TV season.  Read on for the GeekTonic weekly TV update highlighting all the new premieres, finales and specials coming up this week. 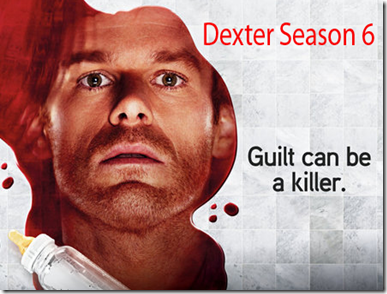 Dexter returns on Showtime this Sunday

Prohibition (8pm on PBS) A new 3-part Ken Burns Documentary/History Series about Prohibition.  Looks like another winner from Burns

How Hard Can It Be? (8pm on National Geographic) New series

Making Monsters (8pm on Travel) A new reality series that focuses on Distortions Unlimited animatronics company in Greeley, Colorado as they create creatures for haunted houses and other attractions.

Homeland (10pm on Showtime) New suspense/drama series where a U.S. soldier who was thought to have been killed in Iraq over 10 years ago is now being questioned as to whether he is a member of a sleeper cell sent to cause a terrorist attack.  Claire Danes and Damian Lewis star.  I watched several clips and the first episode and this is a definite winner.  If you have Showtime do not miss this series.  Watch the full, first episode of Homeland on YouTube.

Around the World in 80 Ways (10pm on History) New travel series with Dennis Anderson and Rob Mariano (Boston Rob for reality fans)  use 80 different modes of transportation to travel around the globe in 80 days.  The rules restrict them from repeating the same mode of transportation twice and they sometimes must build their own transportation.

A Night at the Movies (5pm & 8:30pm on TCM) Special with Stephen King talking about his favorite scary movies.

Mysteries at the Museum (9pm on Travel) Season premiere

American Horror Story (10pm on FX) New horror series on FX.  They’ve been promoting this one with some pretty strange previews, but I’ve heard promising reports about it so it’s on my “check it out” list.  The creators of Nip/Tuck and Glee bring us this one starring Dylan McDermott, Connie Britton, and Jessica Lange.

The This Old House Hour (9pm on PBS) Season 10 premiere

Say Yes to the Dress (9pm on TLC) Season 7 premiere

Trick My What? (10pm on CMT) New reality series hosted by John Schneider