Mid-October means baseball season and that means the World Series takes over the airwaves on Fox.  It also means there aren’t as many new premieres, but there are a few notable ones including The Walking Dead on AMC today, Man Up! on ABC, and Boss on Starz.  Be sure and check out the GeekTonic 2011 Fall TV Season premieres guide which highlights all the new shows and provides a detailed listing of all TV premieres for the Fall and early-winter TV season. 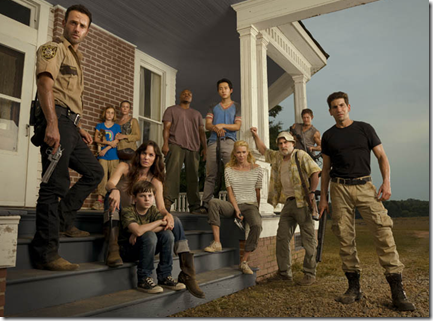 Invitation Only (10pm on CMT) Martina McBride performs her country hits in this special music presentation.

Boss (11:03pm on Starz) New drama starring Kelsey Grammer as Mayor Tom Kane preparing to run for governor.  This one looks quite a bit different.

Once Upon a Time (8pm on ABC) New series

Against the Wall (10pm on Lifetime) Season 1 finale