Just to be sure we don’t forget about them, Google’s CEO reminded everyone at the IFA show in Germany that Google TV would begin in the U.S. this Fall with international service beginning next year.  He went on to say the company would begin working with content providers for movie & TV content but didn’t expect to get into the content production business themselves – not a surprise.

I’m curious and semi-interested in the GoogleTV concept, but I don’t expect it to be too great unless they get their way with the FCC and their proposed “AllVid” video interface.  The content makers in Hollywood are none to excited about Googles request to the FCC so we’ll have to wait and see how that plays out.

If you’re still scratching your head about what this GoogleTV concept really is, check out the video below: 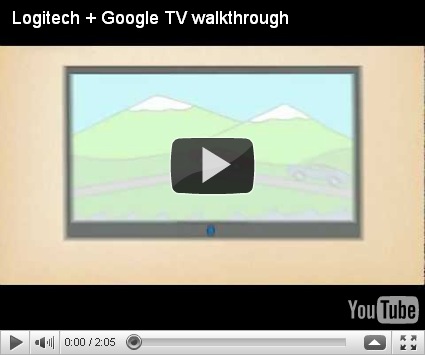 I would be very interested in GoogleTV if we saw an android placeshifter from SageTV or one of the other popular HTPC DVR programs – then you could basically get the HTPC DVR powerful features built into the TV. Blu-ray player or GoogleTV box without needing tuners built in to the GoogleTV device itself.

Google TV is expected to be included in the following devices:

I think Apple still sees their AppleTV (obviously a somewhat different product from GoogleTV) very much a hobby, but they know they can’t afford to leave things alone with Google getting into the space.  Should be interesting to see how all of these interfaces and the boxes that go with them fare in the next few years.