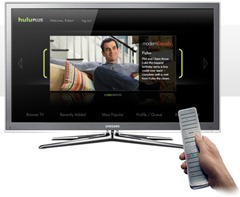 Hulu is out of beta (they called it Preview) and is ready for the masses.  As part of the launch they’ve also dropped the price from $9.99 to 7.99 and is offering those who have been paying the higher per month subscription price a credit on their next bill.  Also notable is the addition of Hulu Plus available to Roku users.

Hulu Plus is a good way to get the network shows streamed over the web instead of through traditional OTA and cable means and a way to watch it when you want to.  The $7.99 is still a little pricey for me since I already control what I watch and when I watch it thanks to my HTPC, but it’s nice to have options.  As part of the launch, Hulu is also offering the following special offers:

• One free week trials for all new subscribers. In addition, current subscribers who joined during the preview period will receive a credit for one week of Hulu Plus toward their next month’s subscription.
• Two free weeks of Hulu Plus for both current subscribers and friends they invite through our referral program. Subscribers can learn more by clicking on the “Referrals” tab on their Hulu profile page.
• 11 weeks ($20 worth) of free Hulu Plus with the purchase of a Sony BRAVIA connected TV or Blu-ray player through January 31, 2011. (See sony.com/huluplus.)
• One free month of Hulu Plus with the purchase of a Roku device through December 15, 2010. (See roku.com/hulu.)

It should be interesting to watch the coming battle between Hulu and Netflix.  Something else to watch is to see what additional devices Hulu Plus crops up on in the near future.