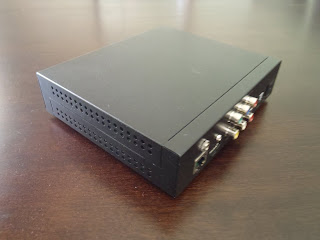 Okay this post a little later than I thought it would be. But better late than never, right? Sorry for the delay.

Read Part 1 of this how-to here


Last time we were talking about the mod instead of doing the modding. This part will focus on the actual mod, with lots of pictures to help along the way. When we're done, what we'll end up with a stock looking IR jack.

So, again, here's the list of parts you'll need (slightly modified from part 1):
This is the tools list:
The first step is to get everything you'll need within arms reach. Then you'll want to start warming up the soldering iron. Begin the mod by disassembling the HD 200. There are two screws on the bottom and one in the back: 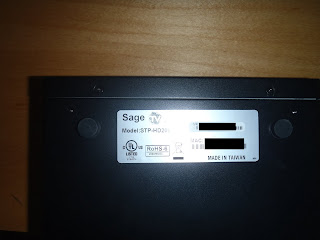 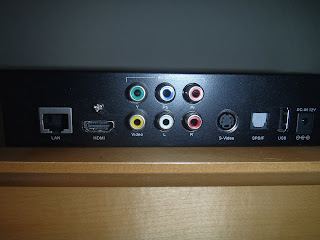 Once you've got those off, just slide the upper portion of the casing off. Now you will be looking at the HD200 internals. You may want to ground yourself at this point if you haven't done so already. Remove the four screws holding the main board to the casing: 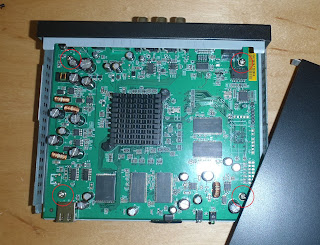 This is what the IR receiver looks like (The connections we will tap are on the underside of the board): 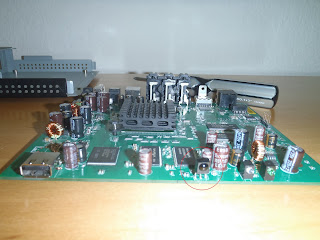 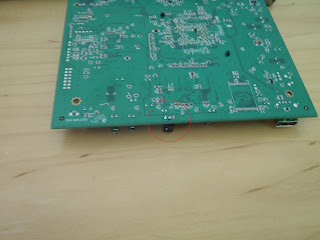 !! WARNING: Warranty Voiding Point of No Return !!
So now you have to solder the 3 leads to the board underside. We'll call them pin 1, pin 2, and pin 3, as shown below (important: click on the picture to enlarge): 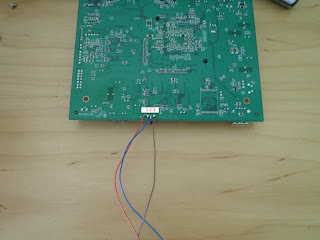 I electrical taped over the solder points, just to be sure that may soldering skills didn't leave too much of a bead that would ground anything out. 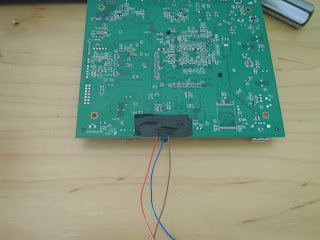 Screw the main board back into the HD 200. Take the stereo panel jack and attach the other end of the leads to it, but do not solder. Make sure everything is in the correct order.

At this point it's a good idea to connect the external IR receiver to the jack, put some electrical tape over the HD 200 IR sensor, plug in the HD 200 and check to make sure the unit will power on with a remote control command directed at the external IR receiver. Make sure you have the built in IR sensor covered and turned away to avoid any false positives. If everything works, then it's time to move on to the next steps. If not, troubleshoot what you may have done wrong: check the solder points, connections, and wire order.
Okay, now we have to remove the four screws holding the main board and remove it again. Set it in a safe place. On the back of the HD 200 casing, measure approximately one quarter inch from the top of ethernet jack. Drill a 5/32" hole as shown: 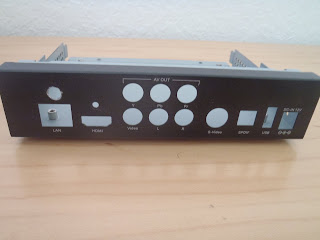 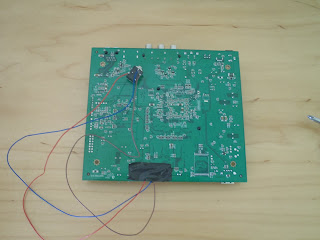 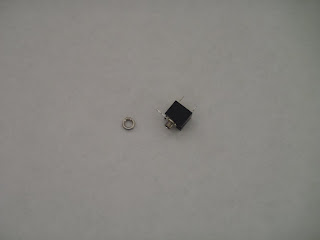 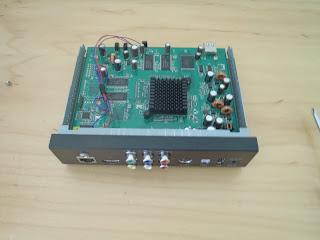 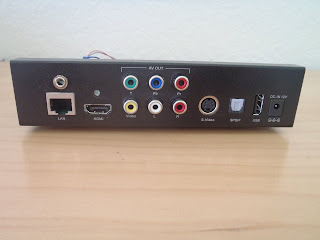 Screw the main board back into the casing, and test the IR receiver again, to make sure everything works. If it does, then put the casing back together and screw everything together. Clean up, and you're done. Now it's time to congratulate yourself and figure out where you will relocated the HD 200 to if you haven't already. Here's a video demo:
See this thread on the SageTV forums if you have issues.
at 6/11/2011 04:30:00 PM