By Mrs. Geektonic, the real TV expert in the house

Like a good wife, I read my husband’s blog.  Sometimes I understand it, sometimes I don’t.  Most of the time I just tell him when he has used the wrong their, they’re, there, etc.  But we have come to the time of year where I actually can help him with his blog.  Usually it is in the form of me pontificating and him writing, but he is fairly busy with this crazy thing that pays our bills and I am trying to ignore the fact that I too should be working (grading papers or something). 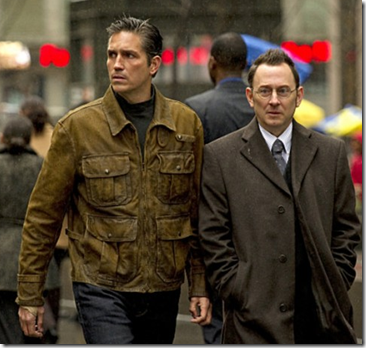 My favorite way to procrastinate is the old boob tube!  I cannot remember a time when I was not glued to the tube.  One of my earliest memories was using a specific break in Search for Tomorrow to know when it was time to catch my kindergarten school bus. (Yes, I watched soaps when I was 5 and still watch them at…. NONE OF YOUR BUSINESS).  Because of my VAST experience and love affair with the glowing box, I like to think that I can pick a few winners and losers here and there.  A few from last year surprised me, but for the most part I was pretty close.

After watching the teasers GeekTonic posted here are my thoughts & predictions.

1.      Charlie’s Angels – Even before GeekTonic posted his teasers, I had picked this one to have the shortest lifespan of all of the fall premiers.  I stand by this prediction after watching all of the teasers at this point. 9/22 8pm

2.       Last Man Standing – Tim Allen will appeal to many. The preview is cute, but we will see how long the gender stereotypes will draw the laughs.  It will survive on strength of script and acting through the first season. 10/11 8pm

6.       Revenge – According to something I read recently, women watch more hours of TV than men by a huge amount per week.  This one was made with us in mind. This is the last season for Desperate Housewives and with 2 ABC soaps cancelled we need someplace to get our drama. I will watch it and see how I feel after a few episodes. 9/21 10pm

7.       Suburgatory – I don’t know why, but the preview makes me giggle. Probably, because I teach HS. Timeslot will mean everything to this show. It needs to lead into or follow a show popular with HS students like Glee.  It cannot compete with an already established winner with the age group regardless of its witty irreverence. 9/28 8:30pm

1.       Two Broke Girls -  This show is broke!  The preview had a few giggles, but I think the best is what you are seeing, which isn’t a raging endorsement by any stretch of the imagination. 9/19 9:3pm

2.       A Gifted Man – The Ghost Whisperer meets House. Preview makes it watchable, but I am going to hold my opinion for a few weeks into the season.  I will DVR and see what happens (probably a 2nd tier selection). 9/23 8pm

4.       Person of Interest – This show is going to appeal to some geeks out there.  A cop show, but has some sci-fi added in.  Throw in Lost’s Ben and you have a winner! The Geektonic house will be watching this. 9/22 9pm

5.       Unforgettable – Forgettable.  I don’t know about this one as a show, but I can tell you that she would be REALLY annoying in real life. Can you imagine someone that never forgot a detail of any argument you ever had? 9/20 10pm

2.       New Girl­­ - The only thing holding this one back long term is whether or not Fox can keep Zooey Deschanel on network TV.  This is my pic to be this year’s break away comedy. Love her, love the concept, love the script! THIS IS A WINNER!!! This season’s Modern Family. 9/20 9pm

3.       Terra Nova – I prefer to hold judgment on sci-fi adventures until they actually get going. I worry that the cost benefit of this show will have the network cancelling it at the end of the season despite decent ratings. It is going to have to get GREAT ratings to survive. Do I really want to get vested in another 1 season wonder? (Flash Forward & Invasion) 9/26 8pm

4.       Prime Suspect –  Hurray! Another cop show! Girl trying to make it with the big bad boys club. I think I will pass, unless they get an uber-sweet time slot where it has NO completion. 9/22 10pm

I am over the age of 18 so I don’t care about any of these shows!

Losers: Charlie’s Angels, Pan Am & Once Upon a Time

Take these opinions for what they are…. I am still reeling over the cancelation of Outsourced & Terriers, two faves in the Geektonic house, and mystified by the success of Archer & Parks and Recreation.

Be sure and check out the GeekTonic 2011 Fall TV Season premieres guide that highlights all the new shows and provides a detailed listing of all TV premieres for the Fall and early-winter TV season.