To the Point – Roku Getting Hulu Plus Streaming

There are rumors and confirmations of various degrees of confidence saying that Roku is getting Hulu Plus capabilities soon.  A coup for Roku for sure and one more online streaming capability they can boast about. 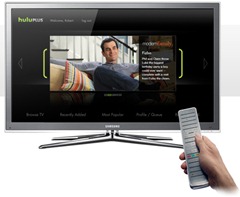 I personally didn’t fine Hulu Plus in its current form a very good value, but over time it could certainly become a force.

BusinessofVideo says “While both Roku and Hulu said "no comment" when I asked them about it, I was able to confirm with two of Hulu's content partners that Roku owners will soon be able to get Hulu content.”

I’m guessing Roku probably does have Hulu Plus in the works.  And I expect to see more devices over the next year if things go the way the Hulu team wants it to.  I know Boxee, AppleTV, SageTV and a host of other media player makers that would love to get official Hulu Plus support.