TV Series Status – Shows Cancelled and those in Trouble 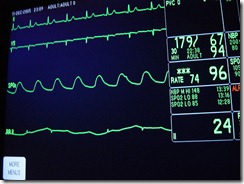 As we move into October, it’s time to check the pulse of various TV Series.  Here’s my take so far on the shows that have been cancelled already and those having a rough time of it:

Ratings wise, Fox had two major stinkers in their new show lineup.  “Lone Star” and “The Good Guys” ratings were as bad as they get.  The Fox shows that are excelling in the ratings:  “Raising Hope”, “The Cleveland Show”, “House”, “Family Guy” and “Glee”.  “Glee” and “The Cleveland Show” are even confirmed to be renewed for another season.

Lone Star - “Lone Star” didn’t make it very long – cancelled after only two episodes aired.  I liked what little I saw of “Lone Star“, but the odds were stacked against the show in a tough Monday timeslot.  While it received some positive critic attention, many viewers weren’t impressed.  The premiere brought in 4.06 Million viewers and the second episode had 3.2 Million viewers.  That was enough for Fox to pull the plug for good.  “Lie to Me“ will premiere it’s third season earlier than planned this Monday in Lone Star’s place.

The Good Guys – “The Good Guys“ ratings have been even worse than “Lone Star.“  Which to me signals this show is about finished.

Fringe – One of my favorites, “Fringe“ hasn’t had the best of ratings.  Fortunately it looks like it will survive this season.  Renewal is definitely a question though.

Running Wilde – Much like “Fringe“ this one should make it through this season, but renewal is in question.

ABC – All But Cancelled

ABC has three shows that should be cancelled one of which already has been.  Shows doing well on ABC include: “Modern Family“, “Grey’s Anatomy“, “Desperate Housewives“, “Cougar Town“ and “Private Practice.“  A notch below those are “Brothers and Sisters“, “The Middle“ and “Better with You.“

The Whole Truth – Another new one on ABC, legal drama “The Whole Truth” hasn’t fared much better in the ratings with its first two episodes.  I haven’t heard of cancelation yet, but I’m betting its only a matter of time.

Detroit 1-8-8 – The ratings for this one haven’t been good – but not as bad as “My Generation” or “The Whole Truth” and since ABC has mostly been stinking-it-up in the ratings anyway, I expect this one to make it through it’s full season even if on life support.  Just don’t expect to see a second season.

NBC has some stars – shows like “Law & Order: SVU”, “The Office“, “Outsourced“ (yes it’s doing quite well) and even “The Event” which I’ll now be watching thanks to the ratings.  Also doing pretty well are shows like “Chase”, “Parenthood” and “30 Rock.”  But there are a few on the edge and one cancelled already:

Outlaw – Almost cancelled.  Ratings are terrible and my guess is it won’t last much longer

Chuck – Let me start by saying both MrsGeekTonic and I watch and enjoy “Chuck.“  It’s a fun, not-to-be-taken-too-seriously spy-comedy with some good characters driving the show.  Now for the rest of the story – the ratings… well they kinda stink.  Chuck was on the brink last season but survived to see this season.  This season hasn’t been better – last week “Chuck“ was the lowest rated, Sunday through Thursday scripted show on NBC.  Ratings are holding from episode to episode which may cause NBC to keep it around at least through Christmas and possible even through the spring.  But I give it zero chance of seeing another season ever.  Sorry.

Undercovers – ratings have been disappointing since NBC had high hopes, but they are better than some.

Community – much like “Undercovers”, this series is treading water but hanging in there

Life Unexpected – Ratings are going from bad to worse for this series and I wouldn’t be surprised to see this one cancelled.

CBS seems to be doing well.  Shows I thought were stinkers like “$#*! My Dad Says” and “Blue Bloods” did quite well in the ratings.  “Hawaii-Five-0” is doing very well thank you as are most of CBS’s scripted shows.

Medium – CBS’s show getting the lowest ratings is “Medium” but don’t worry, this shows ratings are still better than the average shows on the other networks and it should survive this season.

That’s my take on the Fall 2010 big network status.  What do you think?  Any surprises?