Spotify Arrives for US

This morning brings the States a nice little musical gift.  Spotify, one of Europe’s favorite music services began it’s U.S. launch with a invite-only beta.  I received an invite this morning so I’ll be giving the service a good look over the next few days so I can share with you how it works and how it compares to competing music services.

Spotify brings the U.S. 15 million tracks of music with on-demand access, import of your MP3 music collection, offline mode, social media integration, compatibility on many mobile devices including iPhone and Android and more.  Sonos already has support for it so I’ll be testing that as well.  Logitech also announced that they will be offering Spotify service on their Squeezebox Touch and Squeezebox Radio.

The available plans include: 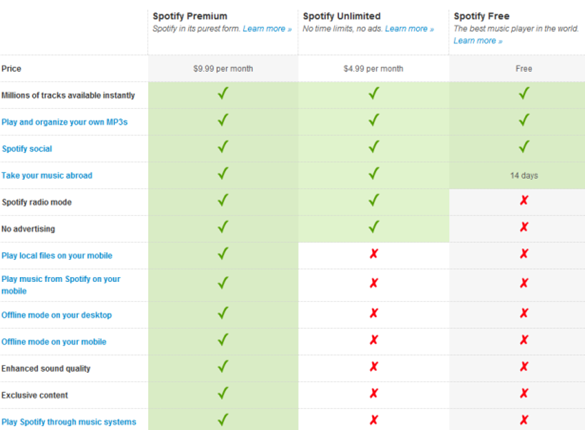 It’s currently only available by invite, but I imagine this one will open up soon.  In the meantime read more about the service and sign up for an invite at the Spotify website.