Why Did Google Buy SageTV?

It’s been three weeks since Google gobbled up the tiny Home Theater PC company, SageTV.  The tech blogs, mainstream media publications and even former competition have weighed in on the acquisition.  Now that the dust has settled it’s time to review what we know.  There are many things about SageTV that might have been appealing to Google.  Google is a company looking to acquire technology where they can inject quick & tested technology for it’s vision of home media.  Read on for my take on the reasons Google acquired SageTV. 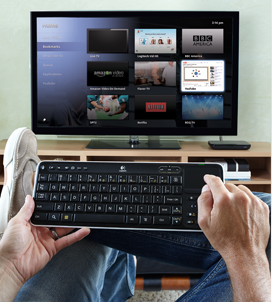 How Did Google Find SageTV in the First Place?

Before we jump into why Google made this purchase, lets step back and ask a question less often considered – how did Google find out about SageTV?  It might be helpful to understand Google’s recent strategy of buying smaller companies like SageTV.  Here’s a quote from Eric Schmidt in the NYTimes article, Google’s Deal-Making Math:

“Last year, as part of our policy, we agreed to accelerate our rate of acquisition of small companies,” he said. “Because it’s the fastest way to fill out some of these broader strategies.”

SageTV is a company that’s been around since 2002.  Home Theater PC software (HTPC) was relatively new at that point – especially as a commercial business.  There was Snapstream’s BeyondTV started in 2000, SageTV started in 2002 and several other apps available for free at first.  The concept for these HTPC ventures was very similar – make the computer the hub of home media.  For SageTV that meant a more DIY version of TiVo with movie, music and photo playback built-in.  This HTPC technology became popular with the techies and Microsoft jumped in shortly after highlighting BeyondTV software at a CES event.  MediaCenter was born and everyone thought Microsoft would make HTPC’s relevant to all consumers – not just the tech-savvy crowd.  Well that didn’t really happen in the broader sense at least.  Snapstream ended their consumer, BeyondTV & BeyondMedia products to focus on TV search for businesses, Microsoft bundled their product with the OS & spent less & less money developing and marketing the Media Center feature and SageTV prospered as a very small company that focused on the very small niche of HTPC enthusiasts.

It is certainly possible that Google had SageTV on their radar for longer than five months, but I suspect they really became aware and interested in SageTV’s capabilities when Google joined forces with Sony Electronics, TiVo, Best Buy, Mitsubishi Digital Electronics, Nagravision and SageTV in February of 2011.  There have been multiple meetings of these member companies working on the FCC to push AllVid – which they hope will be the replacement for CableCard.  SageTV CTO Jeff Kardatzke was very involved in the AllVid Tech Company Alliance and I suspect that this was the beginning of Google’s awareness of SageTV and it’s capabilities.

There are plenty of reasons why Google was interested in SageTV, but these probably aren’t among them.

What Does Google Want with SageTV?

So what was Google’s motive to purchase the mostly unknown, little company called SageTV?  I think there are many possibilities and I’ll add a few of my own ideas as possibilities.

Rakesh Agrawal and GigaOm both argued that it is unlikely that Google would mess with DVR.  I would agree that Apple would not go this route, but I don’t buy the argument that Google wouldn’t.  If Google wasn’t interested in DVR they wouldn’t have any reason to invest time and political capital on the FCC’s adoption of AllVid 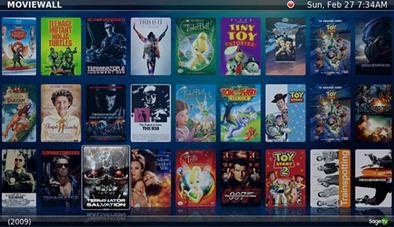 Look over the list above and think about which of those things could Google have easily done on their own?  Placeshifting, acquiring talent (SageTV employees), even the nice handle on EPG data that SageTV has is something Google could do simply and quickly on their own without tossing money at SageTV.

Jeff Kardatzke, the CTO and co-founder of SageTV had this to say two years ago when I interviewed him for GeekTonic.com:

"So by simplifying that part of the process we can sell what essentially are appliances for home entertainment, this would enable us to expand the market from something that is currently relegated to those willing to take on the setup of a full-blown Home Theater PC to someone who needs more of a powerful plug-in-and-go system.  We want to help make HTPC and whole home entertainment setup as easy as a DVD Player."

Except for the impressive SageTV extender/mediaplayers, Jeff was never able to make this “HTPC as easy as a DVD Player” happen while at SageTV.  But his vision does make a lot of sense when you talk about a souped-up GoogleTV.   I see the TV/DVR Recording engine, transcoding on-the-fly capability along with the client/server architecture that SageTV is built on as the strongest assets that Google could use in a GoogleTV platform.  Yes, as Rakesh from Snasptream argued, Google IS all about storing your stuff in the “cloud”, but they are also pretty good at taking a step back after failure (GoogleTV, Wave, etc) and revising what they do for the next version and I see them adding actual TV Tuning to the mix.  When you do a search on your GoogleTV device you’ll be searching for content on the web and on your home hard drive seamlessly.  Google will simplify things (read: it won’t be nearly as customizable as SageTV is/was) and it will be end-user friendly.

The Google vision will be: Search all media from the cloud and your home, watch that media on any Google device, share that viewing experience with your friends via Google+ and Google wins by learning more about their customers so they can offer similar media, relevant advertisements and products we might like.

Google is in this game to win and the competition will be Apple and possibly Microsoft.  Don’t listen to Steve Jobs saying AppleTV is a hobby – long-term all of these companies are serious about home media tech.  Yes, it’s possible this was a purchase that will cause the SageTV technology to whither away and die forever.  But my bet is on something much improved for GoogleTV.  It’s my opinion that this purchase can only be good news for GoogleTV fans.  Unfortunately it’s bad news for those of us who have relied on SageTV & become used to frequent updates and new features is this:  While those of us that already own a SageTV HTPC setup, SageTV as a brand is gone forever.  Best of luck to the new Google team members.