We’re in the heat of the summer.  If you have a good air conditioner there’s actually a few good premieres coming this week and next.  Read on for the GeekTonic weekly TV update highlighting all the new premieres, finales and specials coming up.

UPDATE:  Missed the premiere of Eureka on Monday when this was first posted 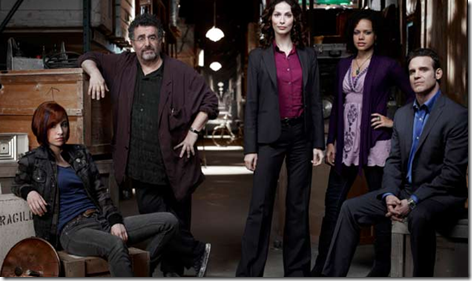 Secrets of Seal Team 6 (10pm on Discovery) A Special/Documentary with unclassified information about the government operatives of Seal Team VI who have been working for many years without most of us thinking twice until their recent operation of Osama Bin Laden termination.

Warehouse 13 (9pm on SyFy) Season 3 premieres.  This is a quirky, but fun sci-fi show that is a favorite of MrsGeekTonic and I.  If you happen to be an addict of this show check out the extra webisodes on their website.

The Closer (9pm on TNT) Season 7 premiere.  This is the final season for Kyra Sedgwick

Law & Order: LA (10pm on NBC) Series finale ends with the first and only season.

How the States Got Their Shapes (10pm on History) Season finale

Who the (Bleep) Did I Marry? (10pm on ID) Season premiere

One Man Army (10pm on Discovery) New reality series where ex-military contestants compete in contests to win a $10,000 prize

The Franchise: A Season With the San Francisco Giants (10pm on Showtime) New reality series

I Married a Mobster (10:30pm on ID) New reality series

Keeping Up With the Randalls (9pm on Hallmark) A made-for-TV comedy/drama movie.

It’s Worth What? (8pm on NBC) New game show with a very familiar theme

Ludo Bites America (9pm on Sundance) A reality/cooking show with a focus on spicy food.  Sounds really similar to the one premiering on Food network a few days earlier