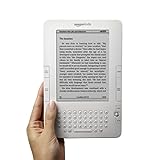 UPDATE:
This evening this story evolved with additional facts.  While the quote below from Amazon Customer Service was in fact true, it was missing one important additional fact.  The two books WERE in fact unauthorized copies of the book.  This of course changes things dramatically.  While it still is a little unnerving to know Amazon can remove a book from your Kindle just like that, it is much more understandable.
Here's the rest of the story according to the WSJ:


The issue, says Amazon spokesman Drew Herdener, is that the Orwell books had been added to the company’s catalog using a self-service platform by a third party that did not actually have rights to sell the books. “When we were notified of this by the rights holder, we removed the illegal copies from our systems and from customers’ devices, and refunded customers,” he said.

The WSJ article goes on to quote an Amazon representative to say this:


“We are changing our systems so that in the future we will not remove books from customers’ devices in these circumstances,”

Exactly what I want to hear from Amazon.  While they didn't communicate the situation all that well earlier in the day - I had the story wrong much as everyone else did including the New York Times where I first caught the story...

Kindle owners take note – this isn’t a pretty picture…
A thread on the Amazon forums started this morning like this:


I've received emails today notifying me of refunds for $.99 for Animal Farm and 1984, and both have disappeared from my Kindle archived items. I didn't request refunds, and I also don't remember purchasing the titles - I'm thinking they were free downloads. It's been several months since I ordered them. Anyone else have any unsolicited refunds lately?

At first it was thought to be a mistake or an “unauthorized” copy of Animal Farm.  But after a while the official Amazon Response arrived saying:

So basically those who had copies of Animal Farm or 1984 (quite appropriate don’t you think?) on their Kindle’s were removed via wireless “whispersync” and those customers received credits on their accounts. I guess you could look at this as a positive since most of those readers probably had already read the books and got all of their money back for free.  But in reality it sends a very bad message to those that spent $299 or more on their nice, electronic book readers:
You do not own those books you are paying for and Amazon and the publishers can yank them right off of your Kindle whenever they choose.  Kind of takes a little of the Kindle charm away doesn’t it?  My wife (and now my dad) both will continue to enjoy their Kindle eBook reader, but I would imagine they’ll always wonder what “rights” will be used against them and the books they have purchased for their Kindle.  Sad that I had to post this right after complementing Amazon… Kind of Orwellian isn’t it?
Amazon Kindle Forums via NYTimes
at 7/17/2009 03:20:00 PM